Leeds gov design meet number 1 was on Monday 19 February. You can read about it here.

Following the first meet I asked for some feedback on what we could do next. Using that feedback I shaped the next meet.

Today - Wednesday 18 April - we had the second meet. We got the same room at ODI Leeds again. We limited the numbers to 20 people in the room, who came from DWP Digital, JISC, Ministry of Justice, NHS Digital – and Leeds Council (at last!). Unfortunately two product owners couldn’t make it, but great they tried to come. The windows were open because it was warm (but comfortable), and the sounds of the sirens on at least four vehicles drove past Munro House while we were there.

We had two sessions this time, rather than the four of the previous meet. 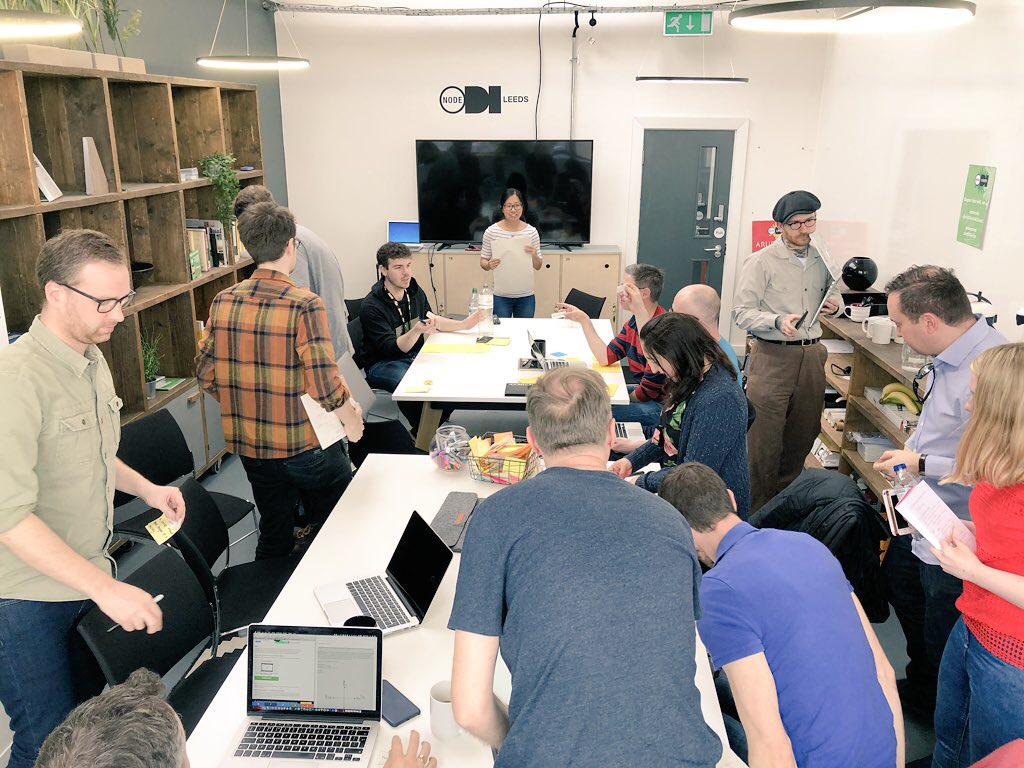 Marie had little pieces of paper for every person in the room. On each piece of paper was the name of a service design tool. There were repeats so there were only five tools in the pieces of paper. Each person had ten minutes to research on their own that tool.

Groups were then formed, people with the same tool on their piece of paper getting together to pool their knowledge on a canvas Marie had provided. The groups then took it in turns to present their canvas to the room. 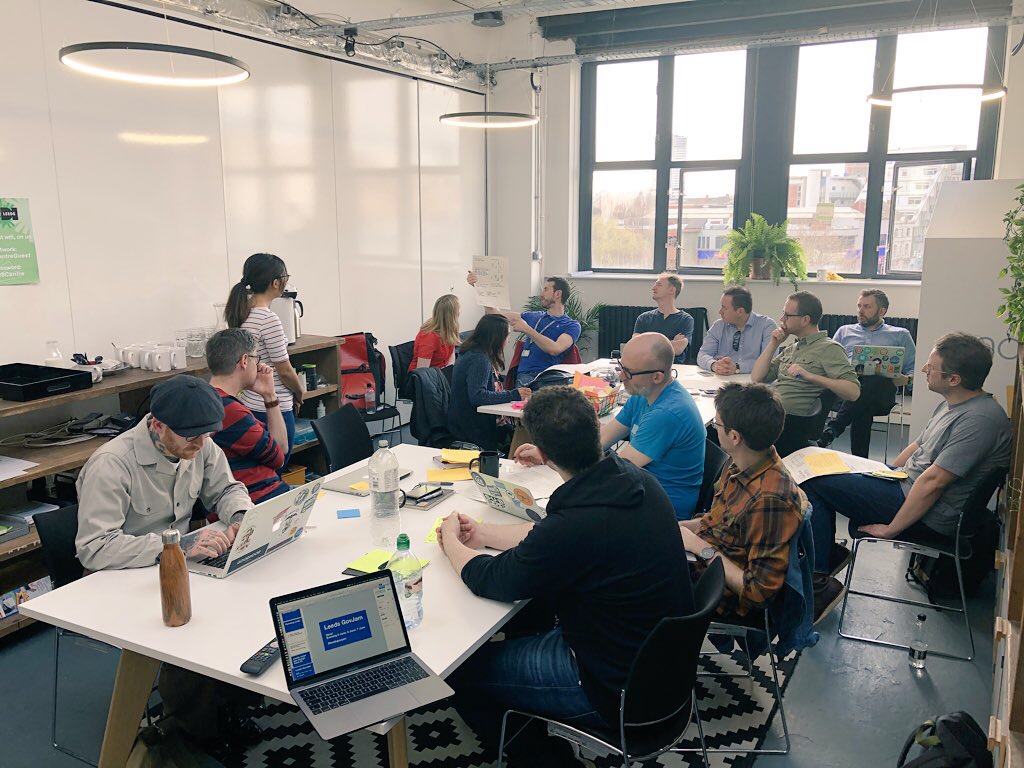 It was a quick way for people to discover and then immerse themselves in one thing (a service design tool), while others did the same for something else (other service design tools). Sharing openly to the room meant everyone in the room learnt about every tool. 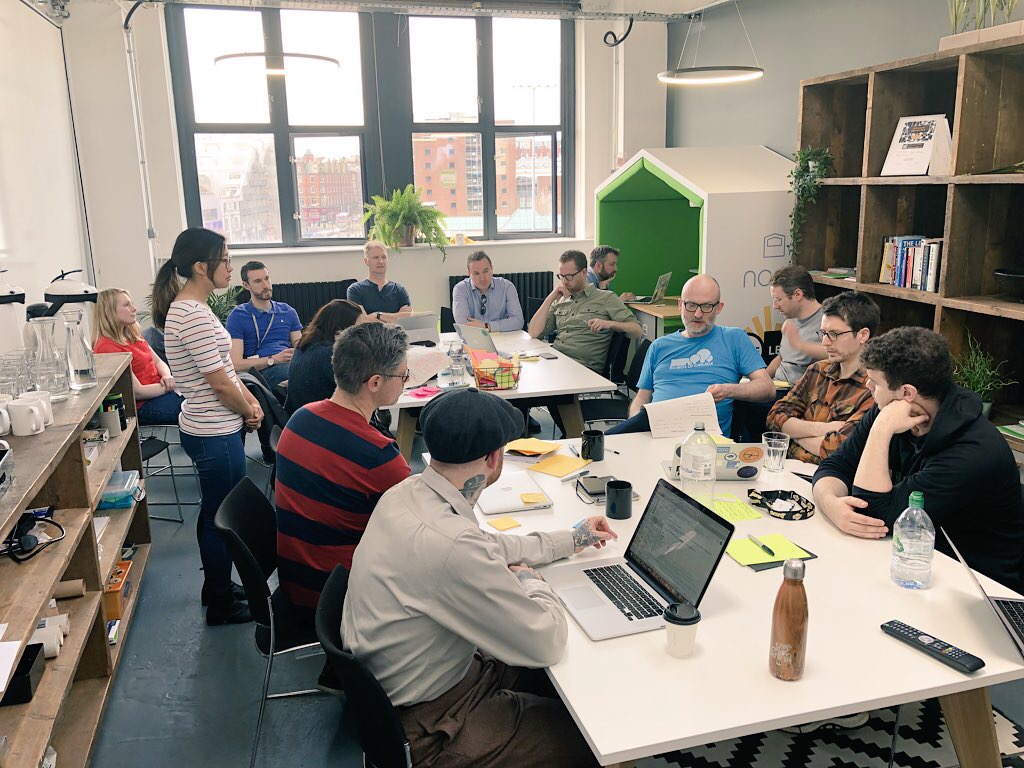 If you want to see the five canvases the teams produced click on the following links:

The second session was lead by Mitchell Wakefield, who works at NHS Digital as a user researcher. Mitchell’s session was an honest reflection on failure, something we don’t talk about enough. The openness, humility, and introspection of the talk made for a really engaging session. 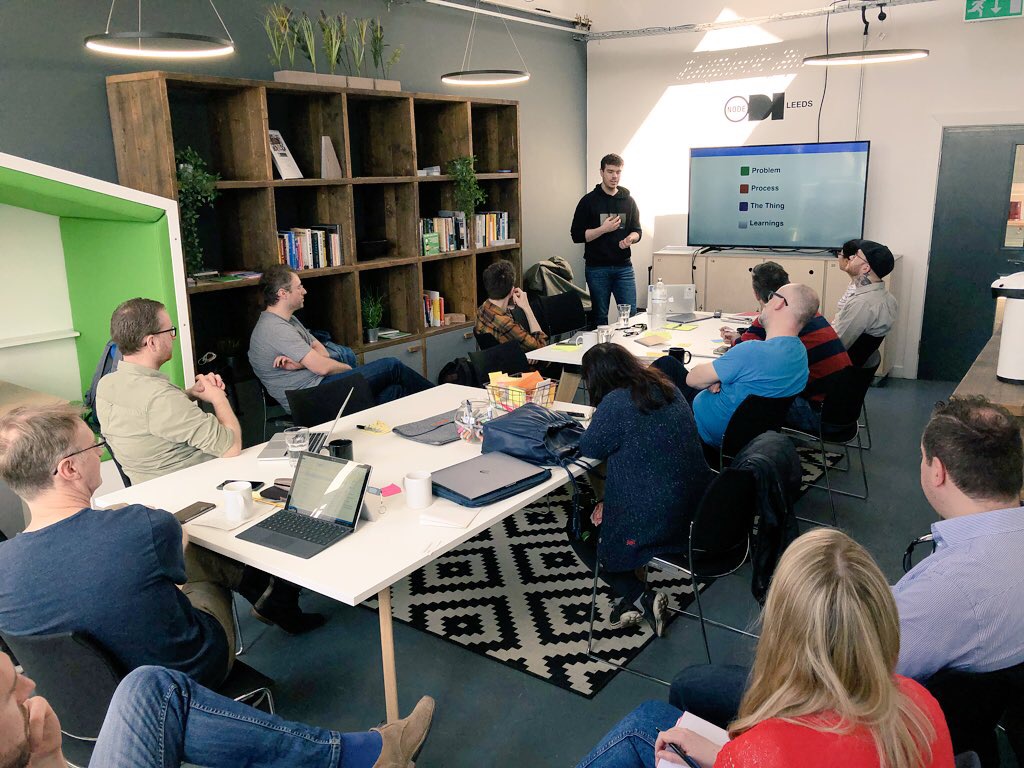 Thanks to Marie and Mitchell for running their sessions, and to everyone who came along. If you have any feedback contact Marie or Mitchell directly, or you can drop me a line.

Onto meet number 3? I said in an earlier post this will be the last Leeds gov/public design meet I set up for the foreseeable future. The four Public Design West Yorkshire meets and these two Leeds cross gov design meets are five more meets than I planned. To do six in a year has been great fun and so worth the effort setting them up and running them. Thanks to everyone who has led sessions over the last 12 months, and everyone who has come along. I might be able to organise more further into the future, but for the time being I can’t. It feels there’s a need for these meets: people come along and people ask for more. If you’d like to carry the meets on drop me a line.