Amongst everything else, I’ve been working on a service patch idea/design this week. If a government (digital) service passes an assessment, it tends to get a patch. Tends to as HMRC isn’t very good at this. (Wanna know more on the patches? More here.)

Typically I’ve come up with a couple of smaller, generic ideas (ie. not specific to a service) which came together quickly (or at least quicker) than what I started out doing. Here they are. 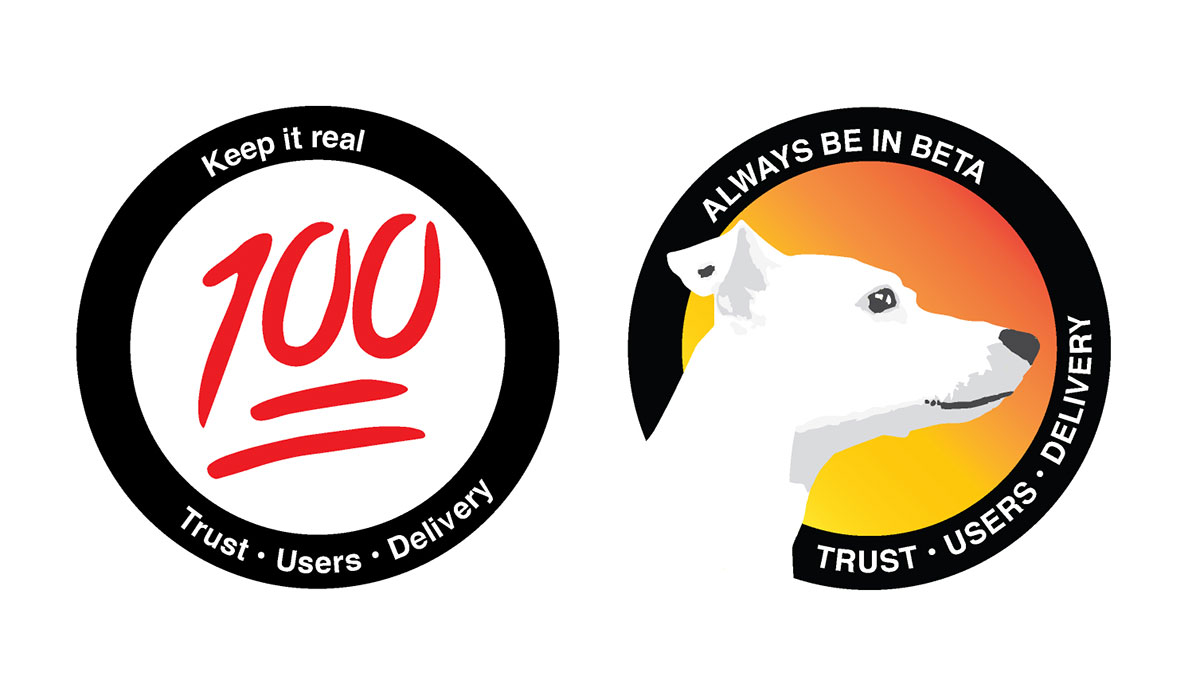 The sticker on the left is the 100 emoji. User centred design is all about keeping it real. Sometimes that is forgotten. Putting users first should always be a badge of pride. It was a quick idea I just did on screen to see how it looked. A little refinement and, yeah, let’s get some of those printed!

The sticker on the right? I’ve done posters which are up at HMRC. (Which you can now download the artwork for.) 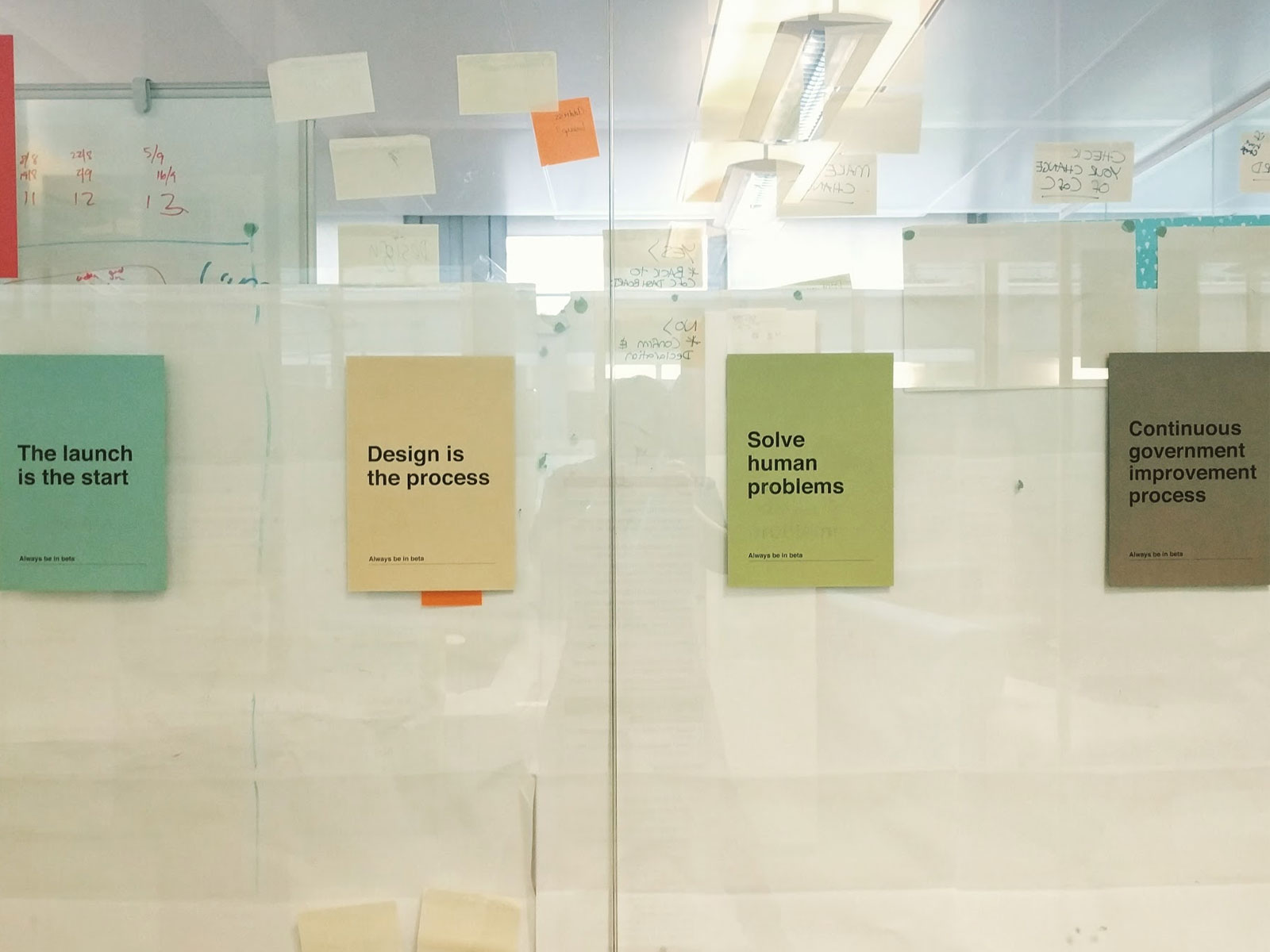 Working on services shouldn’t be about “make the thing, launch it, job done.” We should get something that meets needs out there, then always be curious, checking, confirming, correcting. Always be in beta. The launch is just the start.

Agile is a sort of counter culture to what big government IT projects have done for… forever. So I did some posters, stuck them around the Newcastle HMRC space. As reminders, support, whatever. In the absence of not having the clout to do anything more forcible about design without ego, I took a softer take encouraging and supporting agile.

I’ve been mulling over an “always in beta” patch for a month or so. I’ve had several ideas, sketched them down quickly, but neither thought really stuck.

Anyway, I’ve spent the past few weeks in New York. I stayed with this guy. 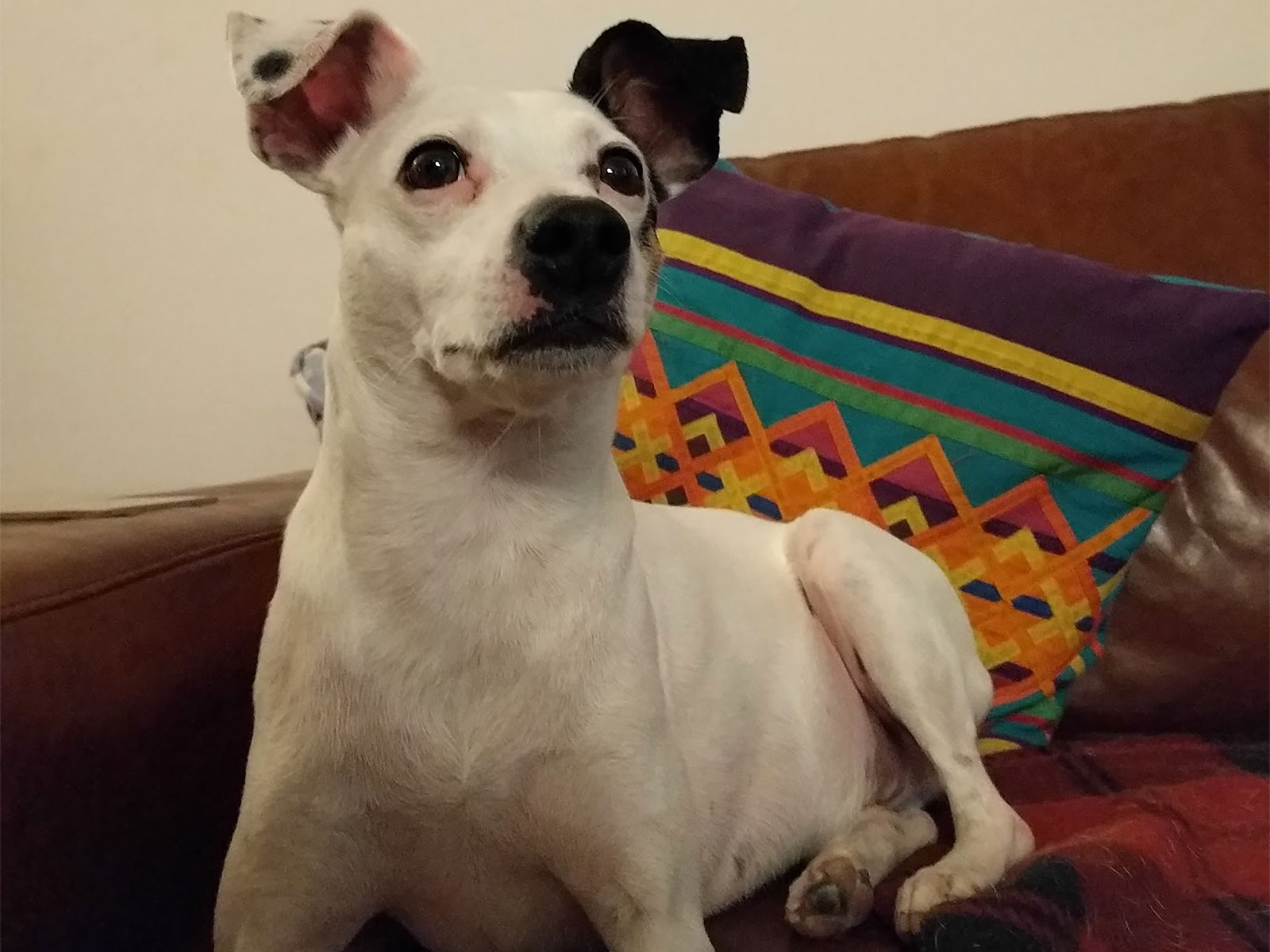 Beta’s also quite stubborn, determined, knows which is the way he wants to go. Here we are on one of the morning walks I took him on. 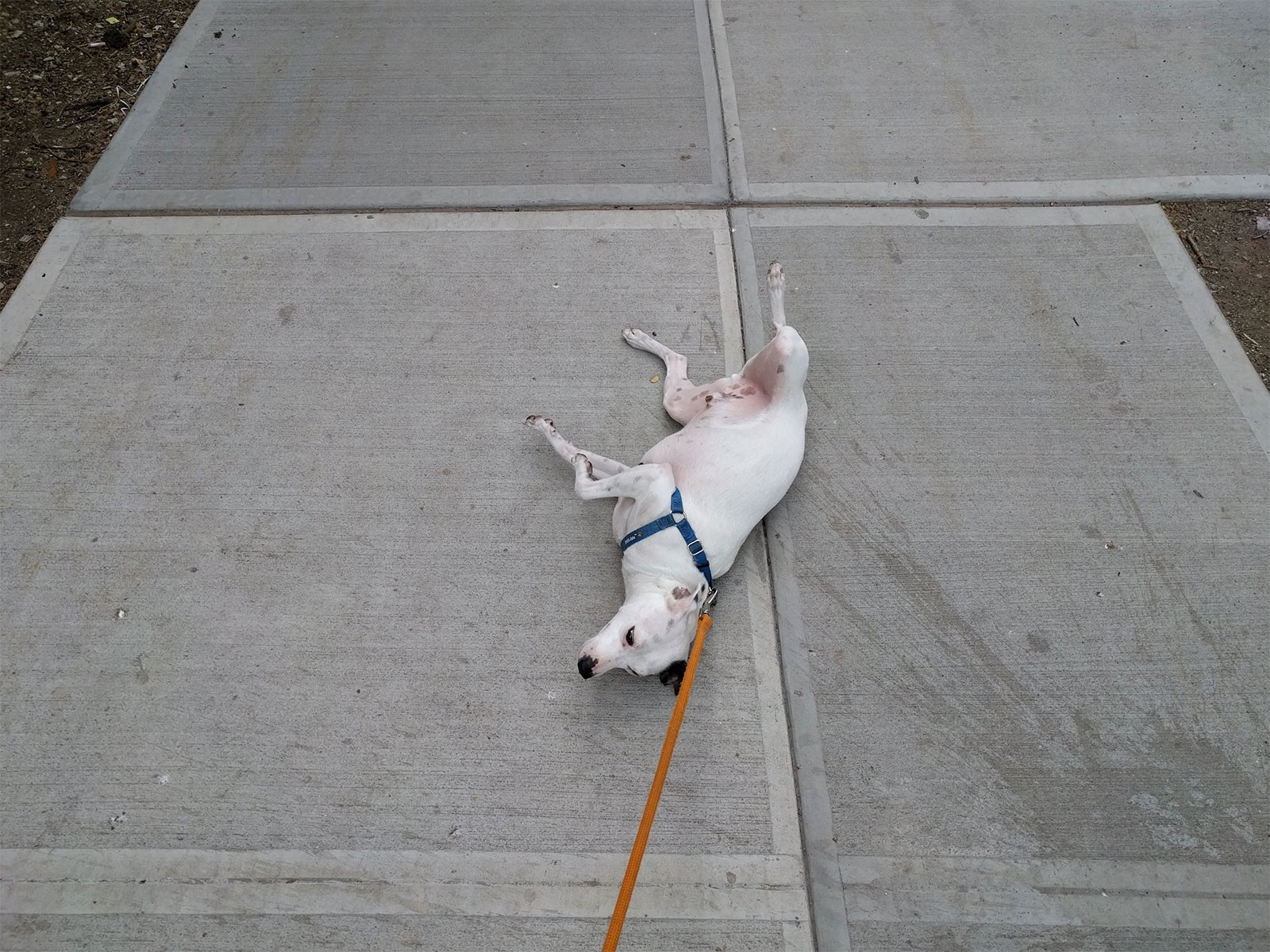 Anyway, Beta looked quite easy to draw, would probably look good if I worked out the best angle, and it’s turned out alright. So, Beta is he mascot of the Always Be In Beta sticker, looking right, looking forwards, looking for stuff.

As these stickers are not service specific I am going to get a run done, and anyone can have one (or several).

I am going to send these to print by the end of the week, once I’ve checked the designs are tight and have created an artwork file.

If you fancy one (or more) use this Google Form to let me know - or give me a shout (if you’re of the government, get me at my HMRC Digital email address or on Slack; anyone else, my contact details are here) with which sticker(s) you want, how many, and where you are. I’ll get an idea of how many to get and work out a way to get them to you. And, yeah, I am paying.

The stickers have arrived! 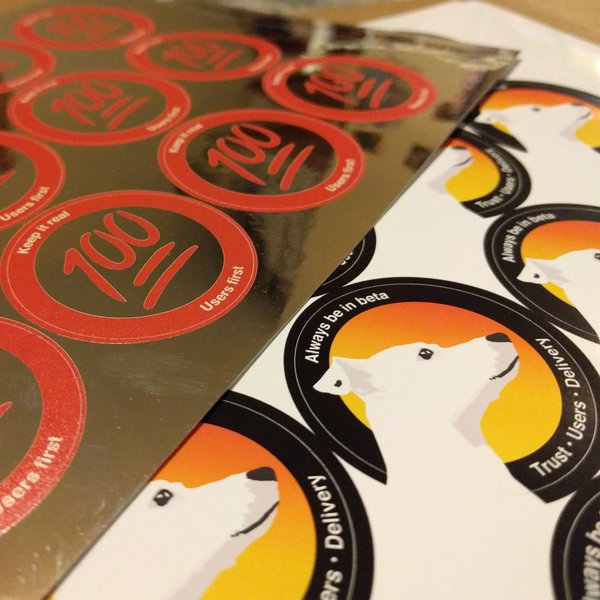