A couple of days back I hot-footed across the country from Newcastle to Manchester, via Idle, to take the daughter to a showing of Codegirl at the Co-op’s HQ in Manchester. Codegirl is a documentary film centring on the all-girl teams taking part in the Technovation Challenge. Here’s the film’s website and here’s the IMDB entry. 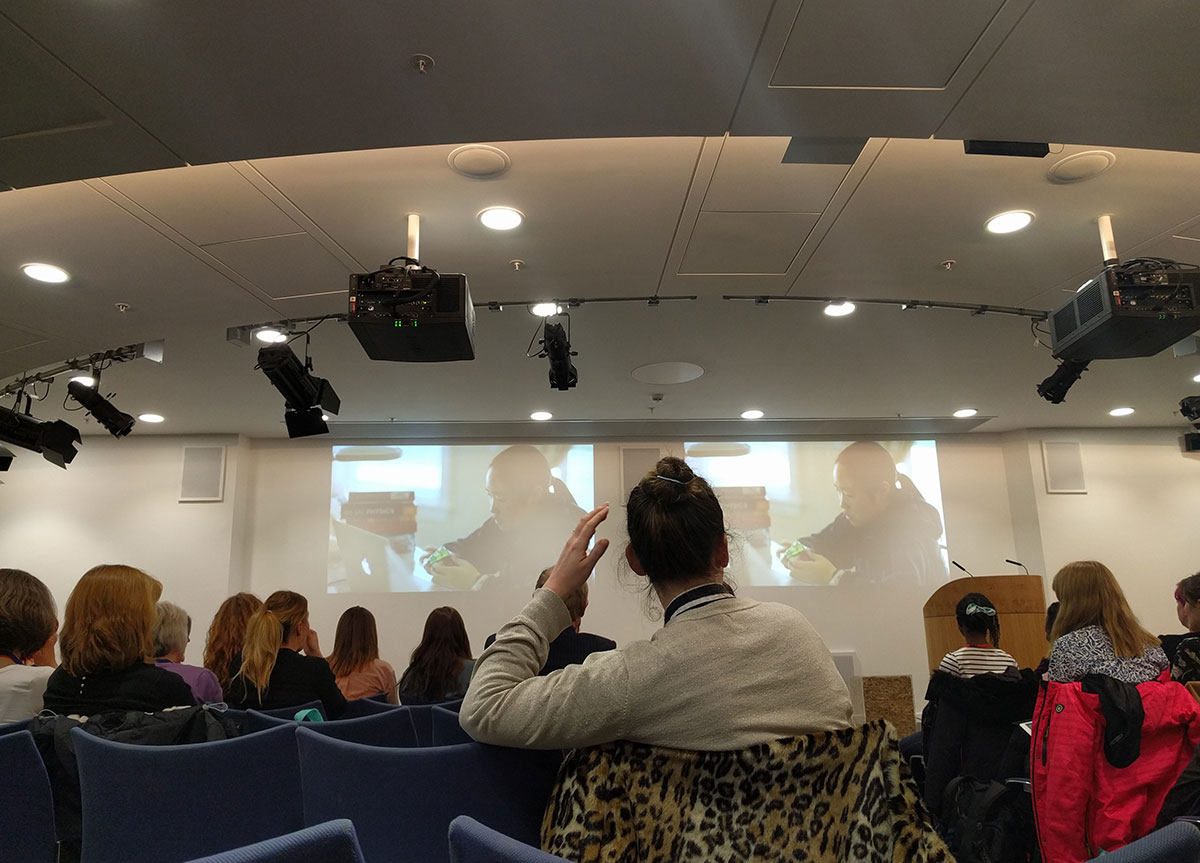 I left work at half twelve, got home at half three, had the daughter in tow, at Apperley Bridge train station by four, and got back home at 11pm, after the couple of hours’ train journey back (it’s been some long weeks with work and I didn’t fancy sleep-driving) – and on a school night. My daughter needed to be up for school in the morning and I had to be back on a train to Newcastle at 7am.

It was totally worth it.

My daughter’s 13 and at the age where’s she starting to – of her own accord as much of society’s accord – have a little think about “her future”. She’s pretty rounded, but has lingered on the fringes of what I do since her earlier days. She used to come into Brahm whenever she/I could get her in and has always been into the work I do. (I declare my daughter and son are my career adjudicators.)

My daughter’s asked me before about my time in AdLand, if I’d be alright with her doing the same as me – and I still stick by what I said to her then: If you find a place that knows why it is doing the work and what marks that work as successful there are fewer greater places to be than those agencies. Even if those agencies are rare. And that approach, of doing effective work, has been seeping out over the past few years – and it’s the approach that attracted me to work in government.

A few years back Mark Barrett got me out of bed early on a Saturday to talk at the start of Leeds Data Mill’s first hack weekend – and my daughter, then eleven, asked if she could come. I tried to cram into ten minutes a “Know why you are making what you want to make, put users first” talk to keep the teams focused. My daughter loved it, and that was just the design bit.

I help run the monthly Coder Dojo in Bradford, where we do more tinkering with tech than design, and I don’t have to fight with her to come. She comes because she wants to. She isn’t of the designer or techie mentality many of my generation still subscribe to. She’s of the maker mentality, where designing and producing are the thing.

But she’s also one of the few girls to attend these things. It’s something we’re mindful of at Coder Dojo, and have been trying to balance the gender split since the summer. It’s hard work.

So it was a rare feeling on Tuesday night not being fearful that she would, being a girl, be in the minority. I was worried she would be the only young person - but eventually there were a few other younger people in attendance, so no worries there. Brilliant to see.

Anyway, the film was great. The Co-op building is great. (Apparently a Boeing 737 can fit in it.) Danielle Haugedal-Wilson’s intro talk about one of her life regrets was open, honest, and great. My daughter related to Danielle’s flashback to when she was the only girl doing tech stuff.

Walking back to Manchester Picadilly the daughter and I were talking. “Did you hear what that man and lady were said they wanted to do there? That sounds exciting.”

The man was Mike Bracken, who also did an intro talk, saying that the Co-op wants to do more of this stuff, be at the centre of it, because “We’re the Co-op. We co-operate.” It genuinely was exciting stuff. I just didn’t expect it have an impact on my daughter. (Mike’s notes from the night are here.)

The daughter’s already gone back to her school and asked if they can show the film. They’re on with that. It’s the sort of moment that Paul Graham laments about in The Launch Pad, the sort of moments that inspire a change, but Graham didn’t quite foster what that moment would be in the book.

Leeds-way we’ve been wanting, needing an organisation, a sizeable organisation to take the lead, to pull everything together, to create an impact. (And there’s enough of them there now from Yorkshire Building Society to Sky.) That’s sort of by the by. Looks like the north-west is on well on that, with the Co-op joining the efforts of orgs like the amazing team at Manchester Digital. Brilliant. And I’ll keep scuttling myself and my daughter over to those places and events that excite and inspire her. Thanks to the Co-op and Danielle for the most recent of those.

Oh, and the free crisps? Brilliant.

Check out some of the tweets from the screening of Codegirl at the Co-op on the hashtag #codegirlatcoop.