I popped by the National Media Museum late this afternoon to hear about STEM (science, technology, engineering and mathematics) activities the museum is running and leading for students, schools, and families, as well hearing from bodies outside of the museum. 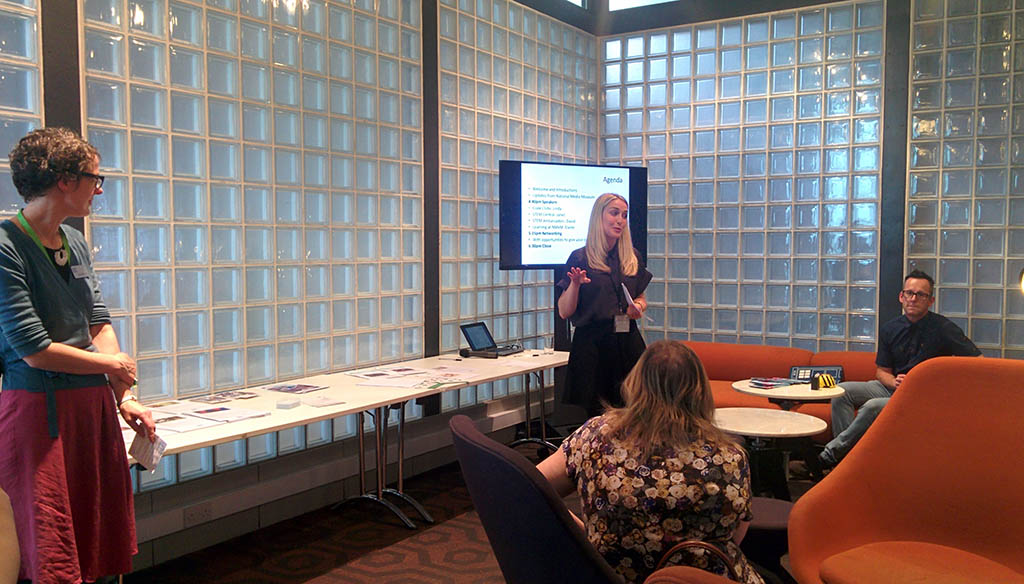 In quite an up-front intro, the museum staff talked about “refocusing” in the past 18 months or so, to lean more against STEM. This seems to be manifesting in more apparent link-ups from its sister museum, the Science Museum in Manchester. The museum also openly admitted they hadn’t been listening to teachers in the past, but now they want to. With the range of activities and events the museum runs, this is a great chance for teachers to help shape and influence what the museum puts on and needs to put on. More info for educators is over on a dedicated part of the National Media Museum’s website.

David Wilkinson introduced and explained West Yorkshire’s strong STEM ambassadors community, including a fantastic statistic that 52% of the area’s ambassadors are female, compared with a national figure of 40%. They’re always on the look out for volunteer ambassadors - as well. There’s more over on the WY STEM website. (I may be registering, yes.)

The National Science Festival is hosted by the University of Bradford in September, and alongside it is the Fringe Science Festival, aimed at school and college students, young adults, and families. A quick tour of the fringe festival was presented, along with the museum’s involvement in an event called CSI: Bradford.

Linda Broughton is leading the excellent Code Club in the Yorkshire area, and showed how schools can register, look for volunteers to help them lead/run Code Clubs. Linda also explained that it’s not just schools, with libraries also holding clubs. Later, Linda also revealed if schools were interested how to engage their pupils and their parents/carers - there’s stuff on the Code Club website to help with that.

After some networking there were a couple of quick stand-up talks, including a revealing one about getting funding. There’s loads of little pockets of funding for STEM in schools out there, which seem easy to get. Is this because not enough people are going for them?

As someone who is a governor at a Bradford school, as someone who works in the “digital industry” as a consultant (and increasingly around education), and someone who volunteers to help educate and promote through my involvement with things like the Bradford Coder Dojo, it was an event that was just about right. All the talkers gave some valuable insight, and individually and collectively it wasn’t too overwhelming in length or content.

And as someone who has a deep love for the museum, it’s great to see the museum being as open, accommodating, and engaging as they were/are.

Oh, and the home-made lemonade was just great.

← Previous post
Better when relevant: improving the Hang My Washing Out tool
Next post →
View your local Scores on the Doors