After the first Public Design WY, the only way forward was a second!

Unfortunately Sophie Dennis had to postpone her session on adventures in policy land, but we were still able to entertain and be entertained by Phil Sherry. Phil works with HMRC, and trekked down from Newcastle to talk about accessibility.

When I heard about Phil’s talk (when he first did it at Frontend NE a short while back) it sounded a good primer on accessibility as a thing you just do, with just enough technical stuff and examples to lift the lid for those curious to dive deeper.

There’s a strong argument if you design inclusively then accessibility is usability. Don’t see accessibility as some checkbox commitment or something to bolt on afterwards.

As Phil put it: 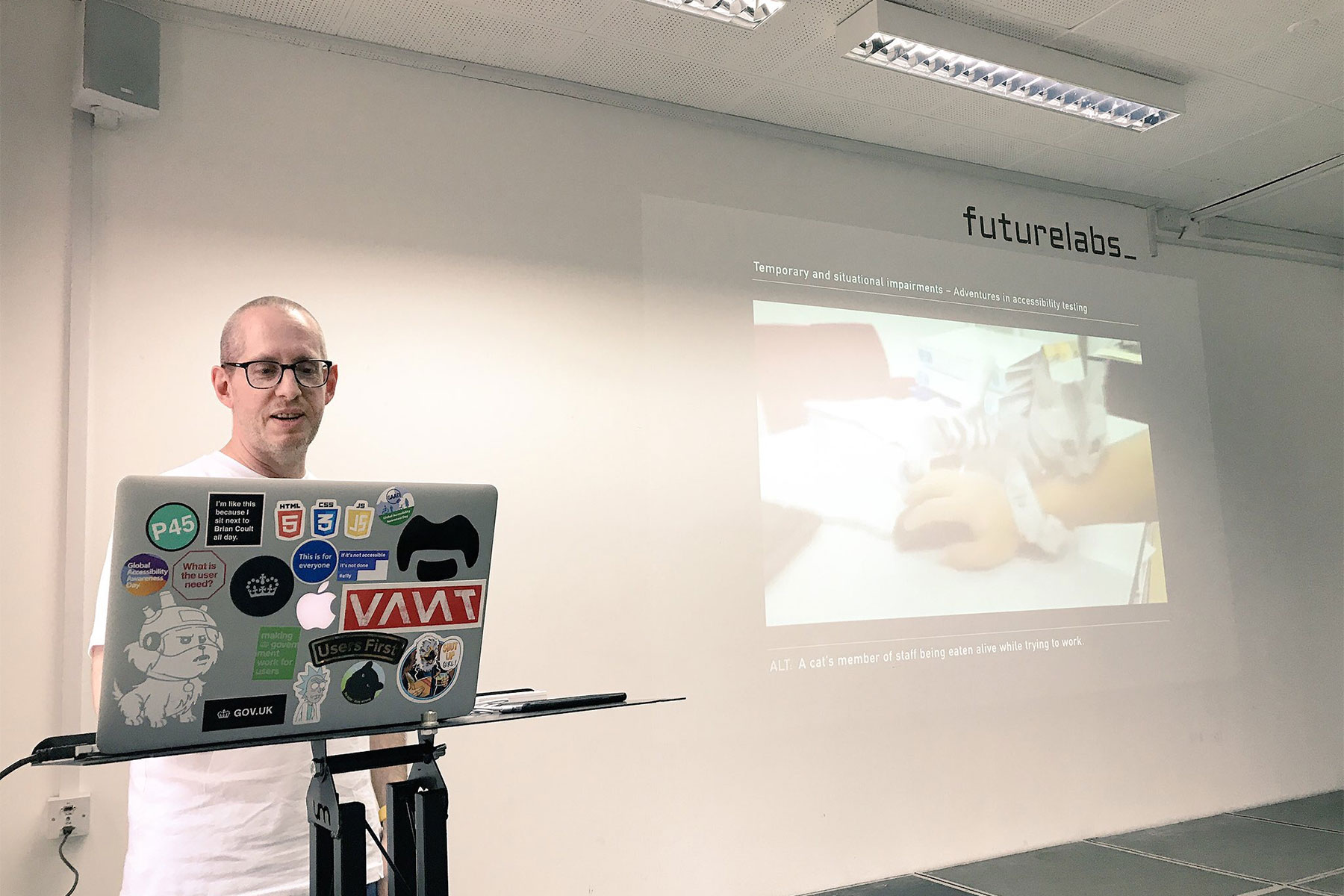 Phil’s session was one of the strongest I’ve seen in a long time with practical, pragmatic advice. If even one person that came to the meet-up learnt something and takes that into where they are, then job done.

Some tweets from the night were posted on Twitter with the hashtag. You can see them here, and feel free to speak to Phil over on Twitter.

Phil referenced a lot of sources. He’s put that list online for people to refer to, and read through. Lots of great stuff in there. The slides from Phil’s original talk at Frontend NE - which he tweaked for the session with us in Leeds - are on Speakdeck.

For what it is worth, my intro slides are also available for wider use.

Thanks again, Phil, for making the effort to come down – and hopefully Sophie feels better soon.

A massive thanks to Futurelabs for the space and everyone who came along. Neither are taken for granted.

If you came along to the meet-up you can leave feedback over on Meetup or drop me a line.

For the next Public Design WY we’ll be heading over to Digital Health Enterprise Zone and Digital Catapult Yorkshire space in Bradford on Wednesday 12 July. Details are over on Meetup, and we’ll be announcing later this week who’ll be leading the sessions there.

← Previous post
Camp Digital 2017 slides
Next post →
It's only words: the carelessness of a supermarket’s self service checkout user interface