UR and design sessions in Leeds

We’ve a growing user research (UR) and design community at DWP Digital in Leeds.

(Sidenote: I get a bit torn about calling it the “UCD team”. It simultaneously values design as a function – good – but also has the knock-on effects of coming across as being user-centred design being exclusive for those in that team and, worse, coming across as a thing you can bolt on. And I like the ideas of people in roles coming together in communities of practice or even interest. But it’s probably just me that thinks this.)

In the couple of months I’ve been at DWP Digital I have seen the UR and design community is that, a community. No real cat herding needing, a collective of talents that wants to cooperate and make things betters. There’s a spot-on tone, an openness, sharp ears and minds, and an understanding rooted in wanting to know context.

We have a weekly meeting booked in in Leeds. Before Christmas we spent a little time making sure these meetings were useful to those that came, based on needs. We had a list, we did the little bit of hard work to get some of those off the list into the meets. Basically we pulled together a schedule. The schedule is a shared document, which anyone within the community can edit. The document has evolved over the past few weeks into something we can just print off. Which has turned out to be handy.

To promote the meetings we have put these posters about the Leeds space. Why? 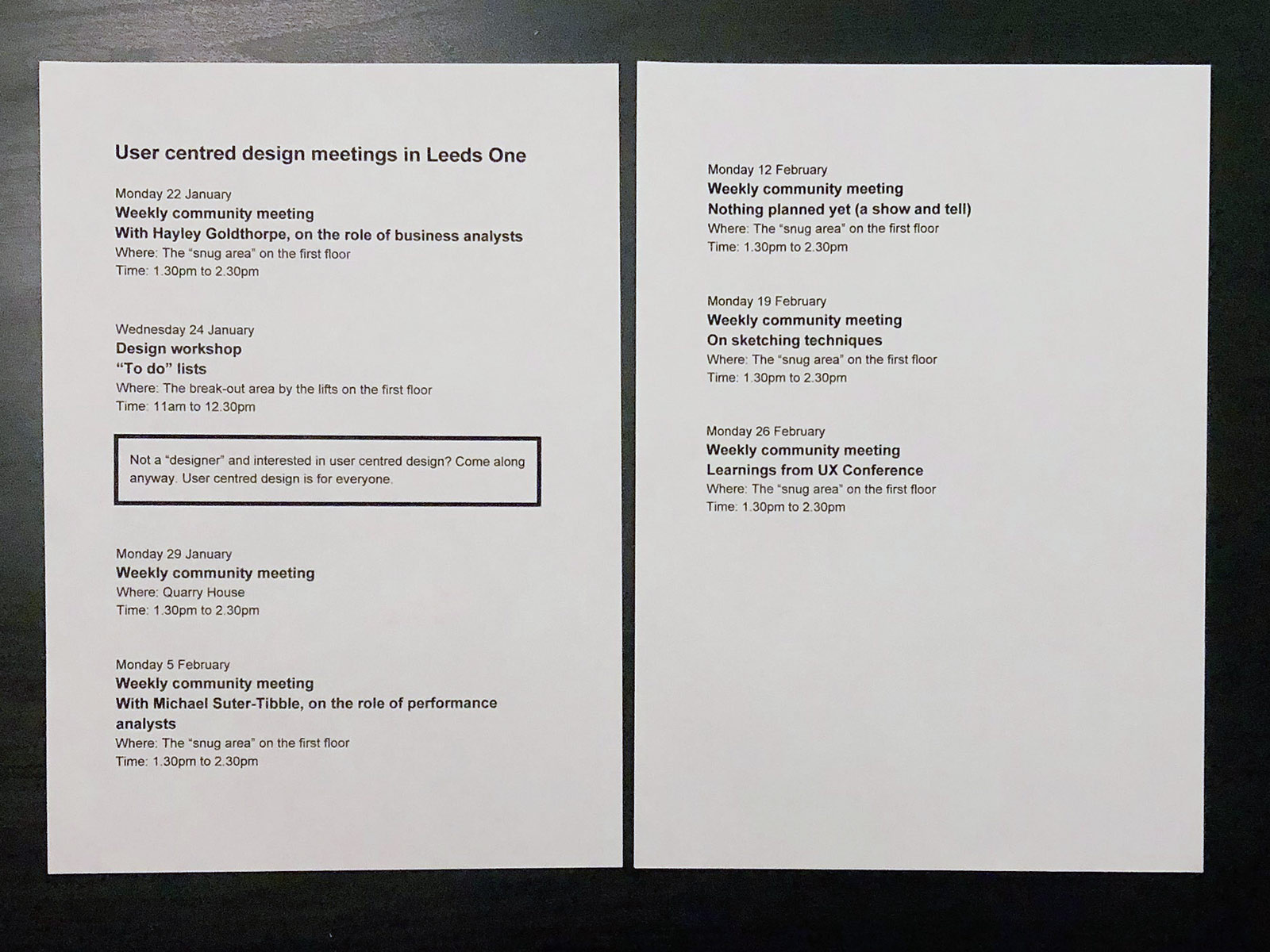 The poster might need some graphic design work, but it the content – the content of the meetings – is on them. And we’re openly sharing our plans with anyone in the building. And to make sure the posters are up to date, every week I am printing the latest version off and replacing the old versions.

Since we’ve hung the posters up we’ve had three sessions, each attended by at least one new person who is:

We’ve got a our weekly meetings sorted to the end of February – and there’s space for a few more other types of session in there as well.

We started the year with more forward looking retro:

Five minutes for everyone in the session to write out up to five stickies, which we then grouped.

The notes were typed up into a shareable document. There’s actions in there to get on doing, which we are doing. And we’ll be treating like a map. With lots of maps people put the effort in up front, say we’ll kick on, and that’s it. Maps are a living things. We’ll use the document to review how we’re getting on every four weeks – and update it, not just with stuff we have and haven’t done, but stuff we want to add in – and also take away.

Marie brought along some print-outs of some excellent cards she’d seen, Ontario’s inclusive design kit. We don’t just have to show off our work: It’s just as useful to look outwards and bring some stuff into our community, as a stimulus for the meet and hopefully stimulus for use later on.

New year, new eyes on work, I wrote a couple of weeks back. We carried that through at work.

We booked in 90 minutes to review a prototype we’ve been hurdling through on the product team I am on. 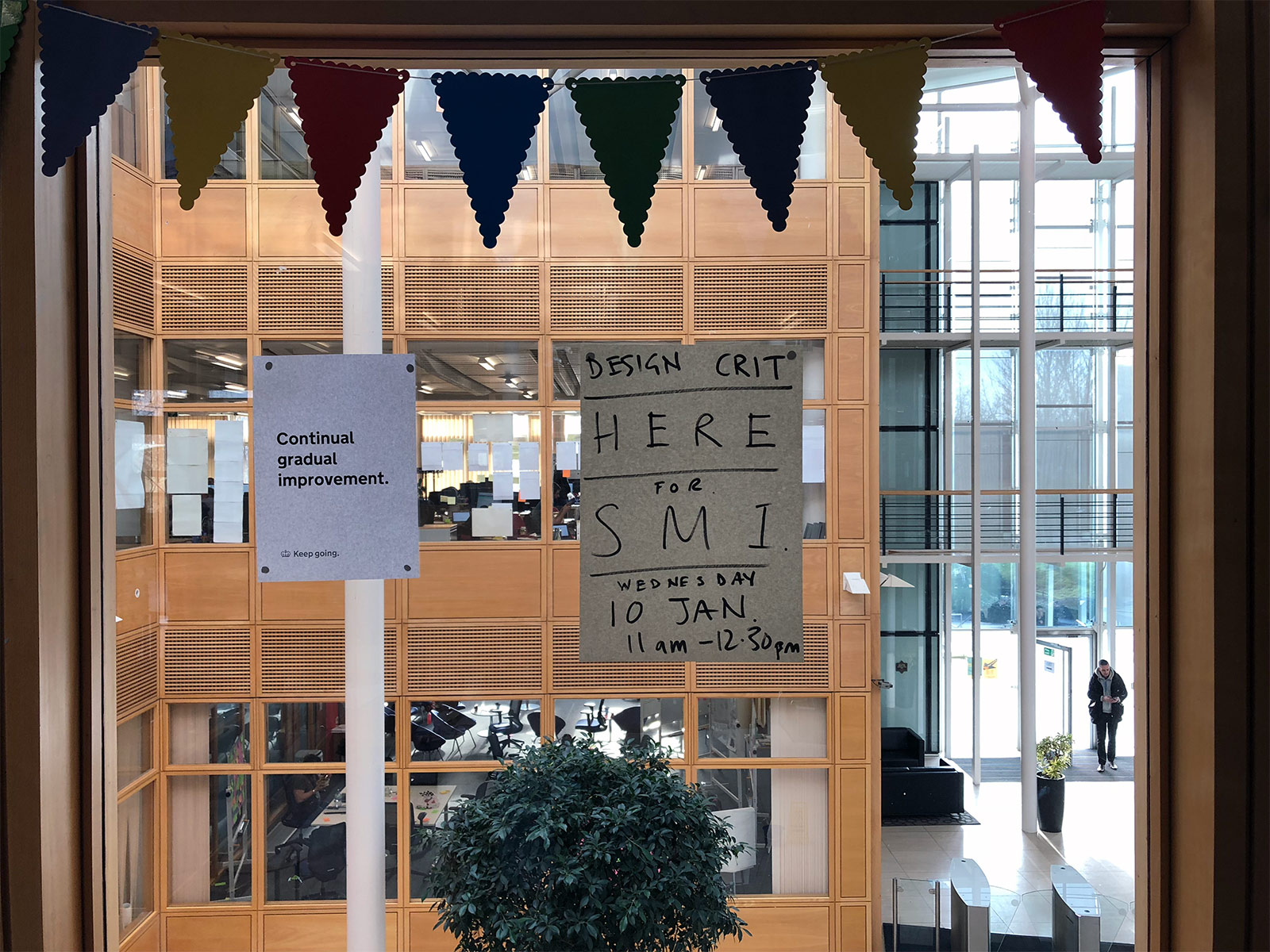 The prep I did:

After a good twenty minutes of context (from the slides), the seven of us got up to hang the print outs on brown paper onto the wall. (This was half because I wanted to avoid spending ten comedic minutes doing it earlier, and half it’s an exercise that gets everyone up from their seats and up at the task in hand.) I then took us through a user journey, with everyone taking notes as went along.

We then went through the journey again, with everyone’s questions and thoughts. The feedback created some great conversations, and several moments when I had missed several things that were obvious as I talked them through. 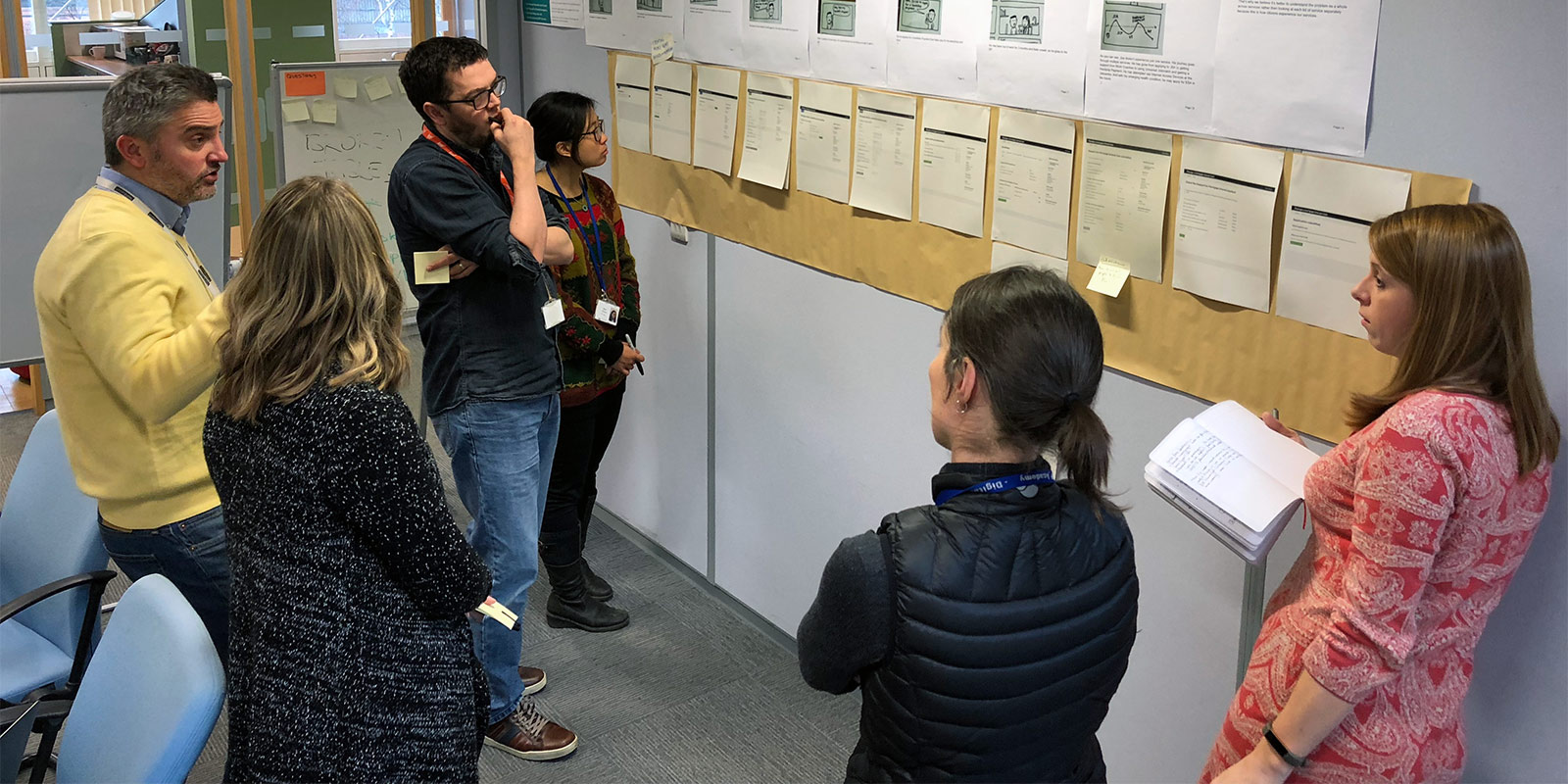 Feedback was noted with stickies onto the prints. And everyone’s writing was amazingly clear. You cannot take that for granted.

Things that are always hard with reviews:

It was a productive session. And as we’d been doing some user research the day before it meant we had a lot of good feedback to help us iterate our work. It helped us playback where we were with the design of our product to our product team later that day. And it helped us identify things we hadn’t thought about or thought through enough. (Which is easy enough when you’re bolting through work.)

We’re not stopping there. We’re going to do another design review on another product or service in the next couple of weeks. And we’ll keep doing them.

Second meet of the year, 14 people in the meeting.

We had a session on “prototypes”: What do we think prototypes are, what types of prototypes have we done?

Everyone within the user research and design team wrote onto stickies types of prototypes they had done. At the end of the session we had 72 stickies which were grouped. And when we boiled them down further that boiled down to 43 types of prototypes. 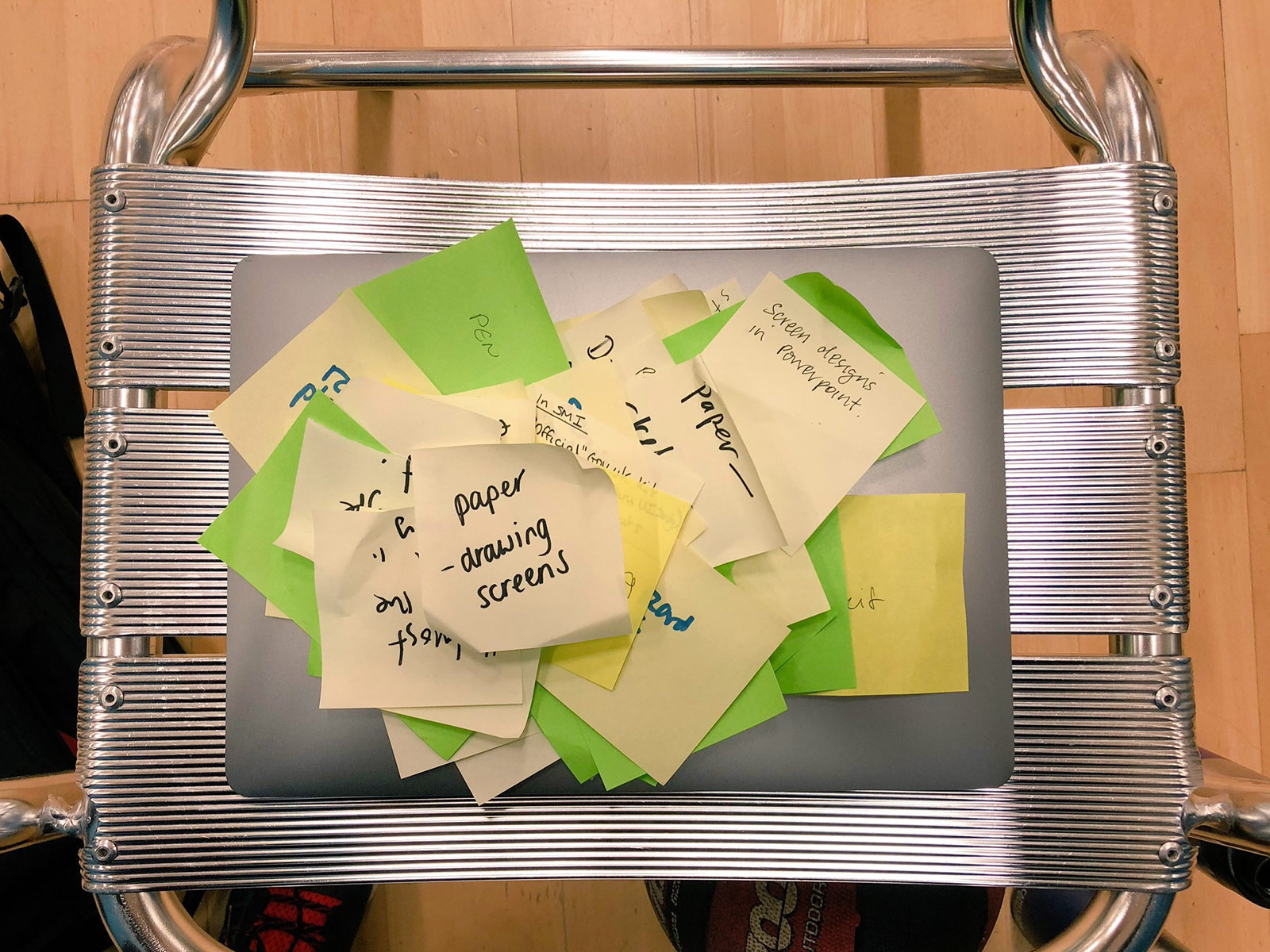 It’s easy in gov land for “the prototype” to simply and always mean something pulled together with the in-browser prototype kit. The session had me thinking a bit about something I wrote about prototypes a couple of years back at HMRC, which I’ll dig up and give a spring clean and publish.

Some outcomes from the session were people wanting to be shown how to use the gov prototype kit, some people needing help with prototypes (and others offering help whenever needed), and a couple of requests for a session on sketch prototypes. Hopefully someone will have learnt something new going through that.

If you’re reading this and fancy learning more about how we work, get in touch.