I was at the Museum of Modern Art (MoMA) in New York a couple of months back. There was (and still is until the end of September 2017) an excellent Frank Lloyd Wright exhibition on.

Wright was a designer who embraced so much. I highly recommend you read up further on him, even if you know of his work already.

in 1935 Wright unveiled a proposal for a community called Broadacre City. To get the idea across Wright made a 12 foot by 12 foot model. Wright was driven by the idea of providing a better life within the American systems of democracy and capitalism.

Here’s a shot of Wright and his apprentices working on the model (taken during my visit to MoMA). If you look closely you can see the model is made up of a four by four grid. Wright was very specific about what went into the model – and what didn’t. 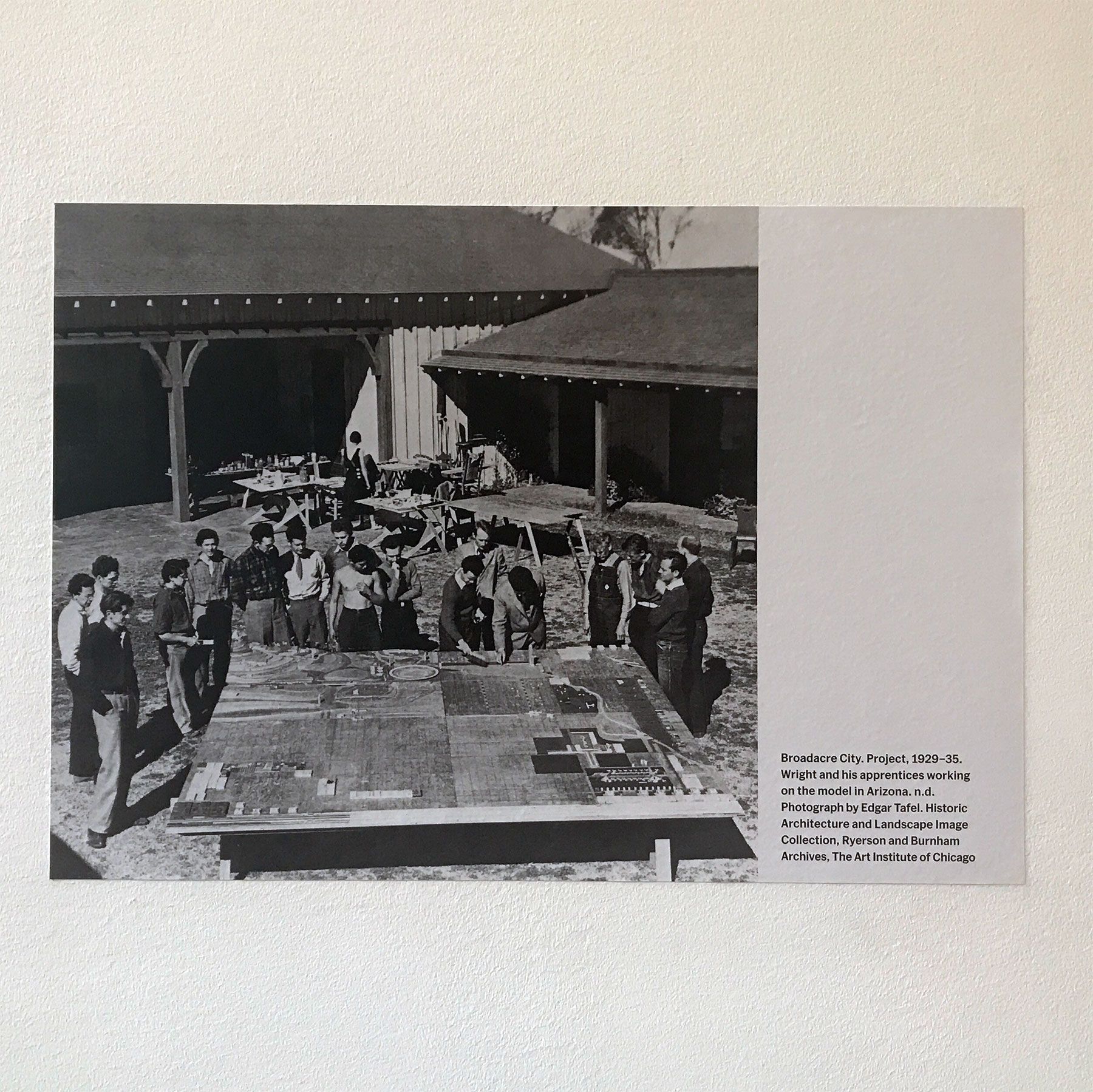 The museum had recreated the model (which I didn’t get a shot of). Next to the model was an activity sheet. The bottom half of the activity sheet carried some of Wright’s rules – exclusions even – for Broadacre. 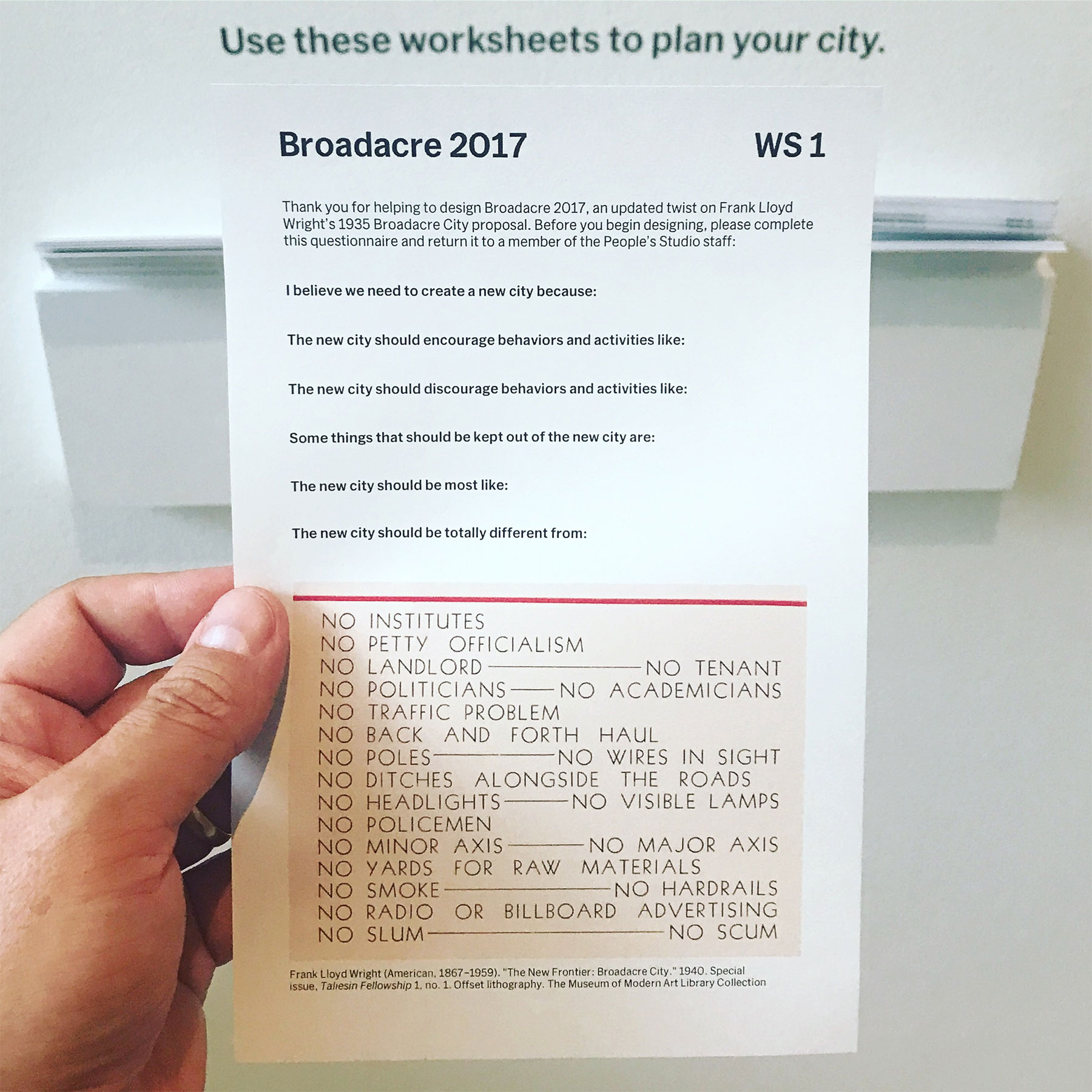 The exercise the museum set is a good one as well.

I believe we need to create a new city because…

← Previous post
The map is a living thing
Next post →
Chlamydia primary care design sprint, days one and two