I caught a little of Beverly Hills Cop on Netflix last night. Not seen it for a while, was talking to people about Richard Pryor the other week, led to talk about Eddie Murphy. 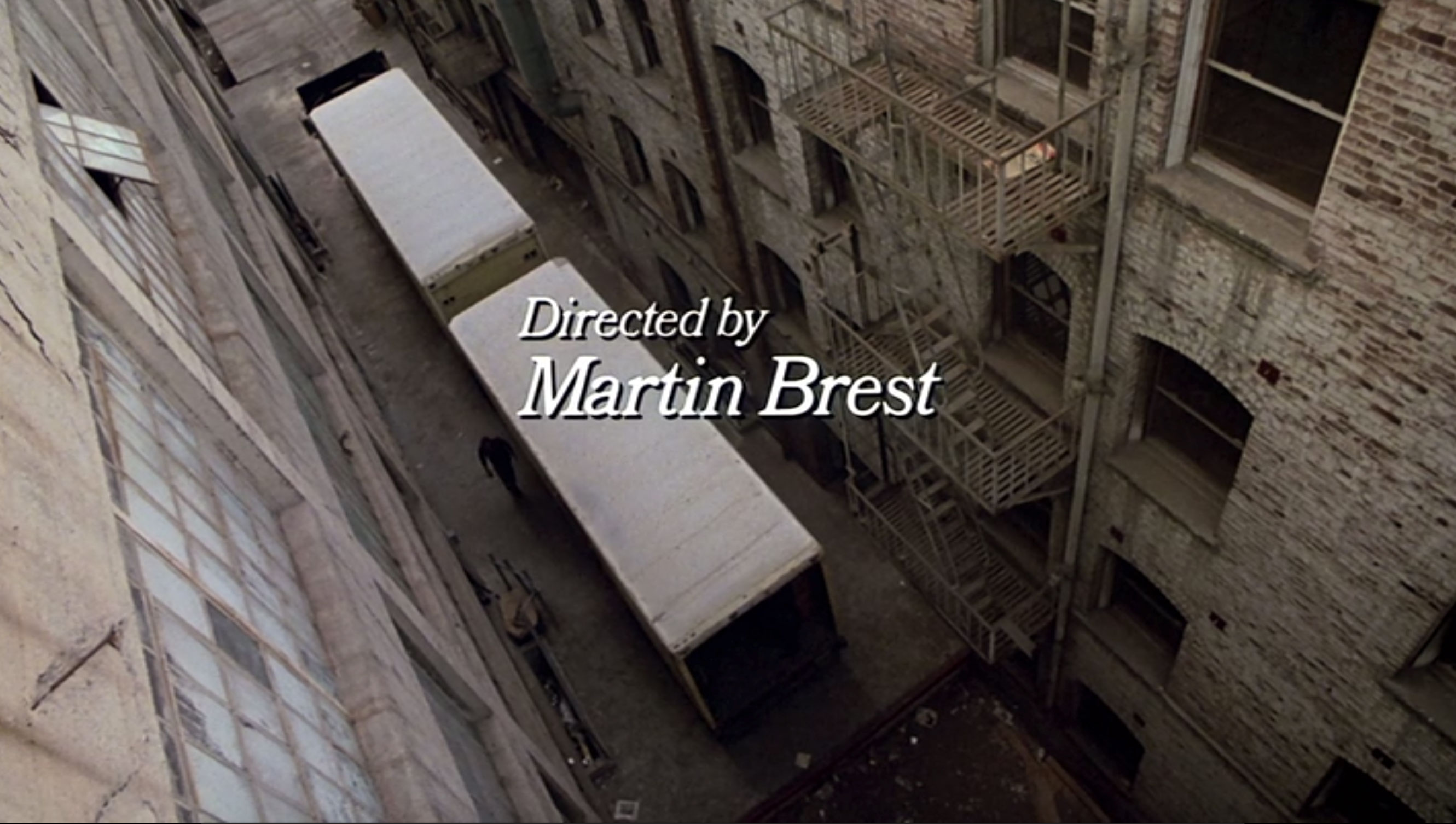 I pop the film on while I’ve a spare five minutes. A delicious opening. The Faltermeyer score. The eavesdropping-from-across-the-road shots of Detroit folk. And then at the end of the film’s intro credits, up pops this, the usual Directed by.

Just look at how that diagonal runs just off Brest’s name. If it’s a fluke, amazing. But there seems to have been some intent here. It looks lovely anyway. So I’ve grabbed it to share with you.